The American philanthropist Johns Hopkins was born on May 19, 1795 in Anne Arundel County, Maryland. After his death, he bequeathed seven million dollars of his fortune. The detention went to the construction of a hospital and the other half to a university.

John Hopkins’ vision was to improve public health and education in Baltimore and beyond. 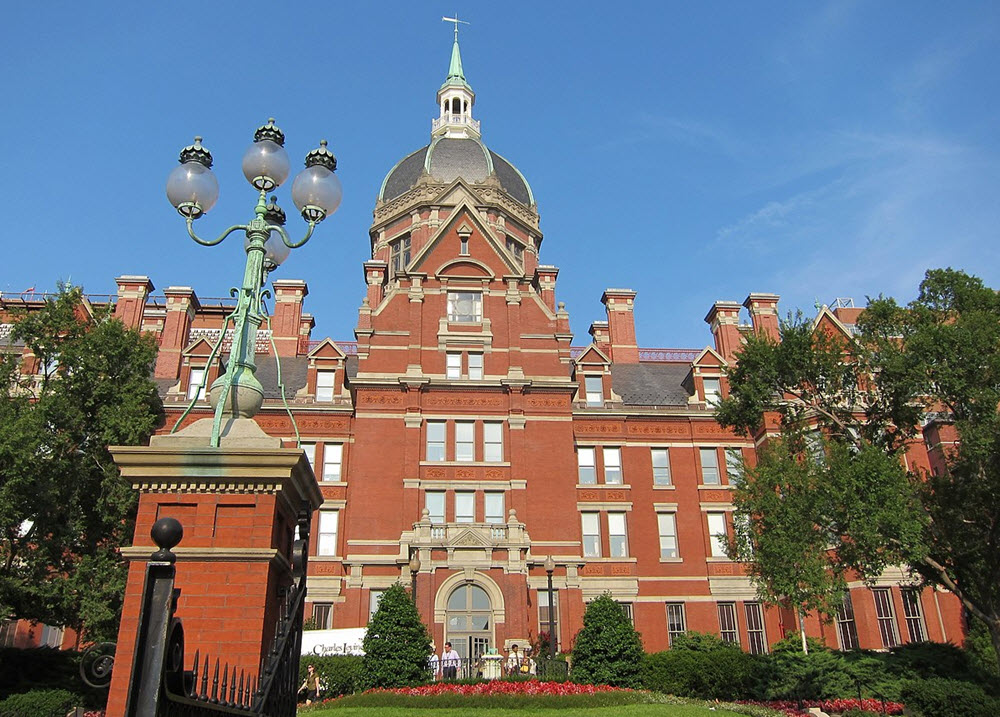 Johns Hopkins came from a large family of ten siblings. It was previously assumed that he came from an enlightened family where his father early abolished all enslaved people in the early 19th century. Still, in retrospect, facts have emerged that suggest that Johns Hopkins kept slaves in his home until the middle of the 19th century. .

Johns Hopkins worked with two of his brothers in the wholesale business. He invested in emerging markets such as Baltimore and the Ohio Railroad. There he became director in 1847. When he set aside his legacy for restoration and medical care, it was at that time the largest philanthropic legacy in US history.

History of the university

Until 1901, Daniel Coit Gilman was the rector of the university. The original academic building on Homewood’s campus, Gilman Hall, is named after him.

Daniel Coit Gilman became the first president of Johns Hopkins University on February 22, 1876 at the Academy of Music on Howard and Center streets in Baltimore.

Gilman, 45, took his place at the podium and gave a speech that would set the tone for American higher education in the coming century.

The education is based on a German model that emphasizes specialized education and research.

When the university first opened, it was mainly a graduate school for men who received a scholarship from Johns Hopkins. It also provided basic education for men.

University of Nucoeducational, consists of eight academic departments and the Applied Physics Laboratory.

Unfortunately, the university could not open a medical school at that time due to the economy.

In 1893, a group of women who were interested in studying medicine started a fundraiser. Half a million dollars were raised and donated to the Johns Hopkins School of Medicine, now located in eastern Baltimore. They wanted to have the same opportunity as the men to suture medicine.

It is operated in agreement with Johns Hopkins Hospital. In 1918, the school for hygiene and public health was opened and in 1984, the school for nursing started its operations.

The university is world-famous for its medical facilities. It is also known for its Paul H. Nitze School of Advanced International Studies in Washington, DC, and for its Peabody Institute, a professional music school located in central Baltimore.

The university maintains the Johns Hopkins Press, founded in 1878. It is the oldest continuously operating university press in the United States.

Johns Hopkins University wants to prepare its students to become global leaders and citizens actively. Let them participate in international learning activities and pass on the benefits of discoveries to the world.

Johns Hopkins’ tradition of leadership in education, research, service and patient care around the world lives on.