The hospital has 1,059 beds for patients. The Johns Hopkins Hospital opened in 1889 and then consisted of two buildings. One, Billings, has a well-known tower building. Gradually, new buildings have been added to the old ones. Today, the hospital consists of labyrinth-like corridors that connect the houses.

The buildings have mostly been financed by private donations. The newest additions to the building, the Sheik Zayed Building and the Charlotte R. Bloomberg Children’s Center were inaugurated in May 2012. The buildings were funded by the United Arab Emirates and Michael Bloomberg, former Mayor of New York. 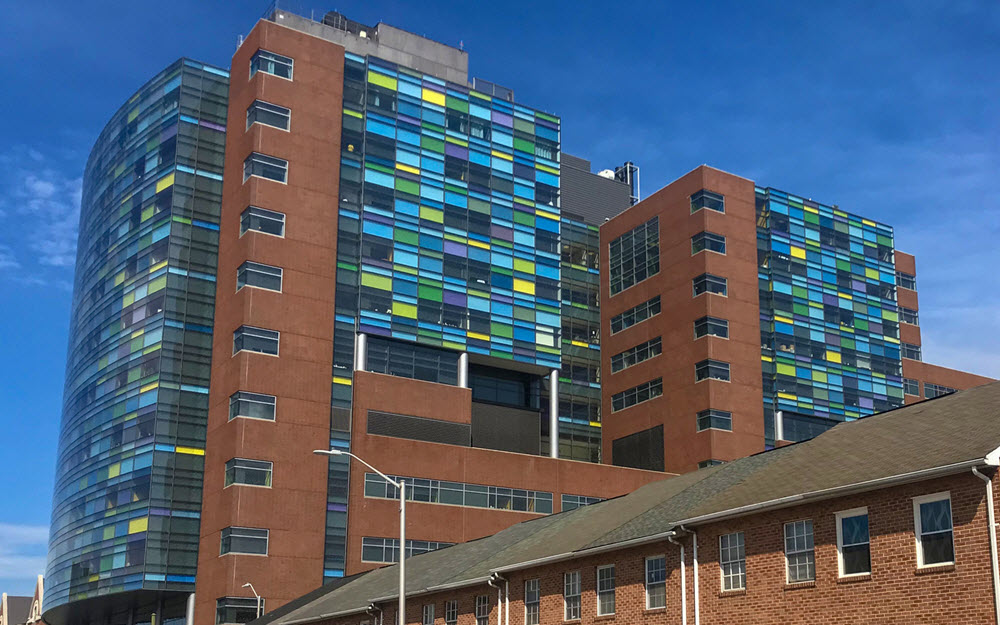 In the new extensions, there are only single rooms, while in the older parts there are multi-bed rooms for patients. The Marburg house has rooms that are equal to a five-star hotel room. Patients can pay extra to stay there.

At Orleans Street is the largest campus with about 1,700 working doctors. There are over 30,000 employees there. In Baltimore, Johns Hopkins Bayview, is a smaller campus and there are several branches around the world.

Patients are divided into three categories; those from Baltimore, those from the region and those who have been there from all over the world to get expert help from doctors not offered anywhere else in the world.

Many clinics are located in the separate Johns Hopkins Outpatient Center building.

Often an attending and a fellow work together at the reception in parallel with the fellow receiving guidance.

The American businessman and philanthropist Johns Hopkins, was born on May 19, 1795 in Anne Arundel County, Maryland.

Hopkins came from a religious Quaker family. Together with his two brothers, he founded a trading house in 1822. He stayed there until 1847 when he withdrew and left the trading business to his brothers. He then ventured into the banking and railway business. He became very successful and made good money from his business. Johns Hopkins died December 24, 1873 in Baltimore, Maryland. He then donated funds and real estate worth seven million dollars. Half of the money went to fund a university and the other half to the construction of a Baltimore hospital. According to his will, the hospital would be for everyone regardless of ethnicity and color. He also set aside money from his inheritance for a public park in Baltimore and for an orphanage for black children.